In response to recent COVID-19 concerns, I want to let my clients know that I am still available and working from home.

Would you like to switch to the accessible version of this site?

Don't need the accessible version of this site? 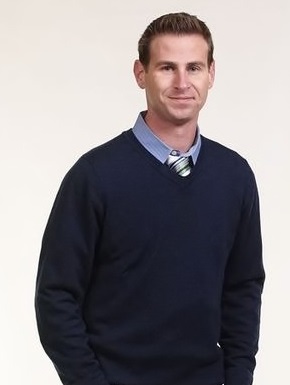 In 2004 John graduated from the Norman Adrian Wiggins School of Law with a J.D., taking all the courses to qualify for the Trial Advocacy Track.

While at Campbell, Mr. Holmes was an alternate member of the San Antonio Trial Team, and worked with Professor Johnny C. Chriscoe on updates to Howell’s Shufford North Carolina Civil Practice and Procedure manual, considered the definitive resource on North Carolina Rules of Civil Procedure. In the final year of law school, Mr. Holmes interned in the District Attorney's office in Smithfield, North Carolina where he was able to gain invaluable experience while prosecuting hundreds of cases in District Court under the 3rd year practice rule.

Prior to graduating from the University of South Florida in 2001 with a Bachelor's degree in Political Science, John attended the University of Greensboro for three years where he helped various organizations with their philanthropic work, raising money for charity at events such as the North American Food Drive, which raises over 2 million pounds of food of canned food for charities every year.

Currently he can be found in Harnett, Lee, Chatham, Moore, Orange and Wake Counties, representing people from all walks of life in District and Superior Court. His is a member of both Harnett and Lee County Bar Associations.

If you need to send John an email, click here to fill out the contact form. Please be aware that the act of sending us an email does not constitute an attorney-client relationship, and since email on the internet is not always secure, you should not transmit information that is considered to be sensitive.

Please fill out the form below and our attorney will contact you.

Thank you. Your submission has been sent.

The Law Office of John M. Holmes, Jr. is located in Sanford, NC and serves clients in and around Sanford, Harnett, Johnston, Moore, Chatham, Wake and Lee Counties.

Attorney Advertising. This website is designed for general information only. The information presented at this site should not be construed to be formal legal advice nor the formation of a lawyer/client relationship. [ Site Map ]

See our profiles at Lawyers.com and Martindale.com